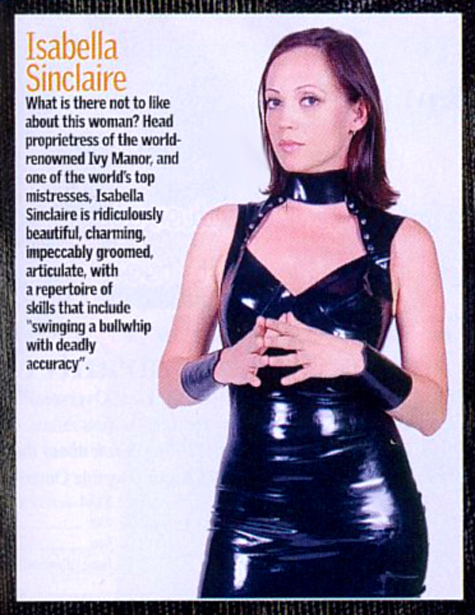 Along with Darenzia, Midori and others, our lovely Isabella is ranked as one of the top 10 Dominatrixes, as reported by Bizarre Magazine in their February 2008 issue. We couldn’t agree more.

In Portal movie news: Music for the film was delivered late yesterday by composer, Richard Brigham, who was commissioned for the score. Richard provided us with perfectly orchestrated music for the mood of the film. And as our team mercessly edits the movie and authors the DVD, we hope to have a trailer available for viewing sometime next week, with the release of the DVD by the end of the month.